A good night of sleep is one of the pillars of health because this is the time the body is able to heal and repair. Sleep is an essential period allowing the body to recuperate from the effects and challenges of daily life on both body and mind. It has become increasingly more difficult for many people to disconnect – from cell phones, tablets, laptops, television, music players – resulting in a lack of rest and chronic sleep deprivation. Interrupted or impaired sleeping patterns can have serious, far reaching effects on health, such as:

So the question is: what can be done for a better night of sleep? Below are some suggestions that may bring you to a more peaceful slumber and a refreshed awakening the next day: 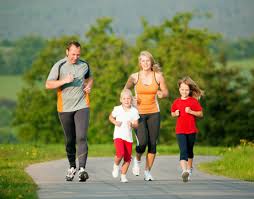 Sleeping pills should be avoided for a number of reasons:

Sleep disturbances should be taken with a lot of consideration, as it is a vital function in the nervous-system-modulated process of the brain. As a chiropractor, keeping the nervous system is the optimal mission and is facilitated though proper spinal health. Chiropractic allows the body to release the accumulated physical, mental, and chemical stress and further allows the appropriate alignment and movement in the spine and its structures. So do take that in consideration when assessing your sleeping patterns. 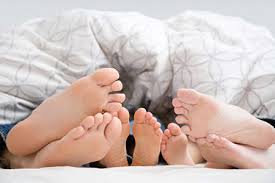 SCHEDULE THE FIRST APPOINTMENT FOR YOU & YOUR FAMILY for a comprehensive health assessment TODAY at 706.254.4579!

The immune system is a complex network of multiple systems working within the human body and it synchronizes its responses when defending the body from infection and disease. Immune system malfunctions can cause an inappropriate response to substances or cells that are native to the body, it causes autoimmune diseases.

The immune system has the capacity to remember diseases it has encountered and produce secretions and cells that can effectively defend the body from another recurrence. It also has an advanced communication system that can trigger an immediate response to an emergency and act depending to the severity of the infection. Activated immune cells start producing substances that allow it to recruit other immune cells and guide it to the site of attack while at the same time allowing it to control behavior and growth. When the system is compromised, the body is left defenseless, thus leaving it vulnerable to disease. Therefore, the body’s defense system is only as dependable as the support it gets. Some of the ways to support the immune system for a peak performance:

Antibiotics and vaccination as remedies to assist the body’s defenses against disease have now been debunked by recent findings. Of late, antibiotics have been shown to attack beneficial bacteria in the stomach and suppress immune functions. Consider some natural antibiotics, instead! To be sustained, the immune system heavily depends on the stomach for support.

But most importantly eating foods that boost the body’s immune system can offer a lot of healthy options:

Echinacea– Echinacea is a popular herb that has been identified to boost immunity. Combined with goldenseal, another herb, or enjoyed alone as tea, this member of the daisy family has been found to prevent and treat upper respiratory tract infections as well as the common cold.

Ginseng– This herb has many varieties. The most commonly studied variety is Panax, or Korean, ginseng. Its main active component, ginsenosides, has been proven to have anti-inflammatory and anti-cancer properties. Clinical research studies have demonstrated that it may improve immune and psychological functions as well as conditions related to diabetes. Garlic– This spice has had a long history of medicinal value. Garlic has cardiovascular, anti-microbial and antineoplastic properties. It’s also a perfect spice to use when doing sauteed dishes.

Bell peppers– This pepper variety does not contain capsaicin, unlike its other feisty cousins. On the contrary, it is sweet and crunchy and contains the carotenoid lycopene which lowers the risk of cancer; beta-carotene which is converted to vitamin A; and Zeaxanthin, known to prevent macular degeneration and cataracts.

Ginger– This herb has been shown to reduce inflammation, cardiovascular conditions, blood clots and cholesterol. In a study, researchers found that animal subjects given ginger extracts had a significant reduction in cholesterol and blood clotting qualities. Moreover, it has been observed to inhibit the behavior of genes connected with inflammation.

Turmeric– This spice contains curcumin, which has notable antioxidant properties. It also has antibacterial, anti-inflammatory and stomach soothing benefits. It reduces inflammation by stimulating the adrenal glands to increase the hormone that lessens inflammation. Animal studies on this herb have revealed that turmeric protects the liver from the adverse effects of alcohol and certain toxins. Turmeric also helps in digestive problems by stimulating bile flow. Gingko Biloba– Gingko biloba’s leaves contain antioxidant compounds called bilobalides and ginkgolides that protect the body from damage caused by free radicals. Moreover, it has also been found to protect against radiation. In a study using animal subjects, ginkgo was demonstrated to have protected the test subjects against radiation poisoning. The latest research also suggests that extracts of this herb can neutralize oxidizing agents and free radicals caused in the cells due to radiation, thus preventing cell death.

Ganoderma– This is a Chinese bitter mushroom also known as reishi, and has been attributed to assisting in longevity and health. Further studies on this oriental herb reveal that it strengthens immunity and combats cancer. Moreover, it has antioxidant properties and provides relief from urinary tract infections.

Astralagus– This Chinese herb stimulates the immune system and aids in digestion and adrenal gland functions. It is also a diuretic. The effectiveness of this herb is due to polysaccharides, saponins and flavonoids. It has also been taken to combat the common cold and flu. Its digestive health benefits demonstrate the lowering of stomach acidity, resulting to an increase in the body’s metabolic rates and the promotion of waste elimination.

Cat’s claw– This herb from Peru is commonly used for stomach problems. It is becoming known as an exceptional immune response stimulator that helps the body to fight off infections and degenerative diseases. It contains oxindole alkaloids enhancing the immune system’s capacity to engulf and destroy pathogens.

From a practical perspective, taking in food which boosts the immune system while enjoying it at the same time can be a cost effective way to maintain health. Coupled with a healthy lifestyle, sufficient rest and a positive outlook in life, staying healthy does not have to cost an arm and a leg.

SCHEDULE THE FIRST APPOINTMENT FOR YOU & YOUR FAMILY for a comprehensive health assessment TODAY at 706.254.4579!

Common knowledge: Mother’s breast milk is the primary source of nutrition for an infant.

Not-so-common knowledge: Breast milk is packed with a significant variety of live cells that support the infant’s whole system.

The components of breast milk include leukocytes (white blood cells), macrophages, neutrophils, and lymphocytes. The largest component of lymphocytes are T-cells, which include CD8+ (cytotoxic) and CD4+ (helper) T-cells, with activated memory cells that support and influence the infant’s immune system.

All of these cells can easily be absorbed by the infant through the mucosal membrane of the intestine, where they continue to carry out their normal functions and promote proper digestive flora. On the other hand, artificial infant formulas are much more difficult to digest and may additionally cause inflammatory reactions in the body.

Researchers have found that breast-fed babies have a decreased risk of dying of SIDS, fewer ear infections, less likelihood of obesity or cardiovascular disease, fewer hospitalizations for pneumonia, and many, many more. Review the diagram below…

The current American Academy of Pediatrics (AAP) policy calls for exclusive breast-feeding for “about 6 months, followed by continued breastfeeding as complementary foods are introduced, with continuation of breastfeeding for 1 year or longer as mutually desired by mother and infant.” Some of the benefits for the mothers include a decreased risk of breast, ovarian and uterine cancers.

For more questions and support, feel free to contact me here or at drtijana.dc@gmail.com.

Yours in health, Dr. Tijana